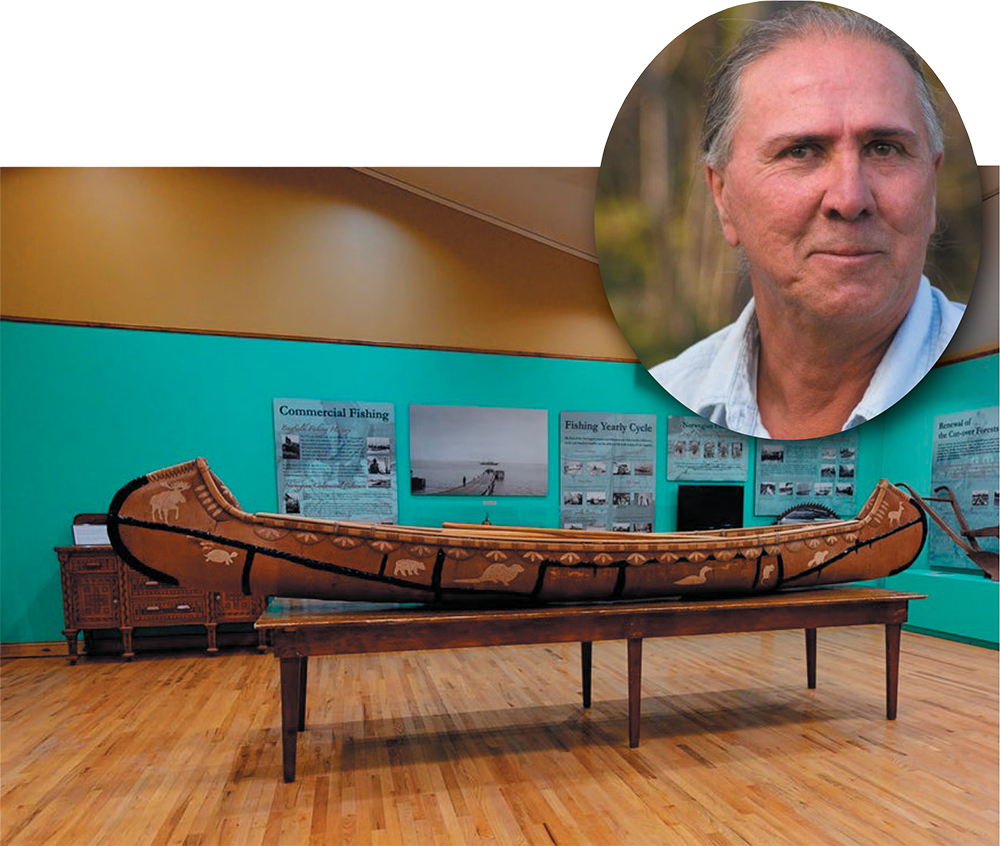 Marvin Defoe pictured with his birch bark canoe. The canoe is on exhibit at the Bayfield Heritage Association museum.

Marvin Defoe, a member of the Red Cliff Anishinaabe (“Original Person” or “Second Human”) has studied the traditional construction of the birch bark canoe his ancestors used to traverse the Great Lakes.

Marvin was born and raised in the Settlement community north of Bayfield, the son of Marvin Sr. and Gena Defoe. He graduated from Bayfield High School in 1976 and currently resides in Red Cliff.

Mary Rice donated this canoe to BHA, which was constructed eighteen years ago by Marvin Defoe. Following the traditional ways of his ancestors, he used birch bark (wiigwass) from trees he studied for many years. All materials and methods used were identical to those of his ancestors.

Birch bark is used because of its grain. When Marvin identifies the birch tree to harvest, he carefully cuts the bark to a certain depth. This is important because it allows the tree to regrow the bark for possible future use. Marvin then carefully peels the bark off in large sheets, made possible because of the grain. The Native Americans identified the bark as two types:

White cedar is used due to lightness and flexibility. The wood is soaked in water for two weeks and then placed near a heat source (the ancestors used a campfire) where it is heated and bent to form the interior structure.

Spruce roots provide sap, which is collected from the ends. It is carefully scraped off and saved. This is the most difficult part because the sap is very sticky.

Pitch from pine trees is also used to seal the canoe from water leakage.

The meanings of the symbols used have been passed down generation to generation in an oral history form. Each animal from the land or water has a special relationship to the Anishinaabe. The three leaves in a crescent shape is an important symbol representing the importance of the forest. Symbols pay homage to nature by recognizing elements sacred to the Anishinaabe; land, water and forest. 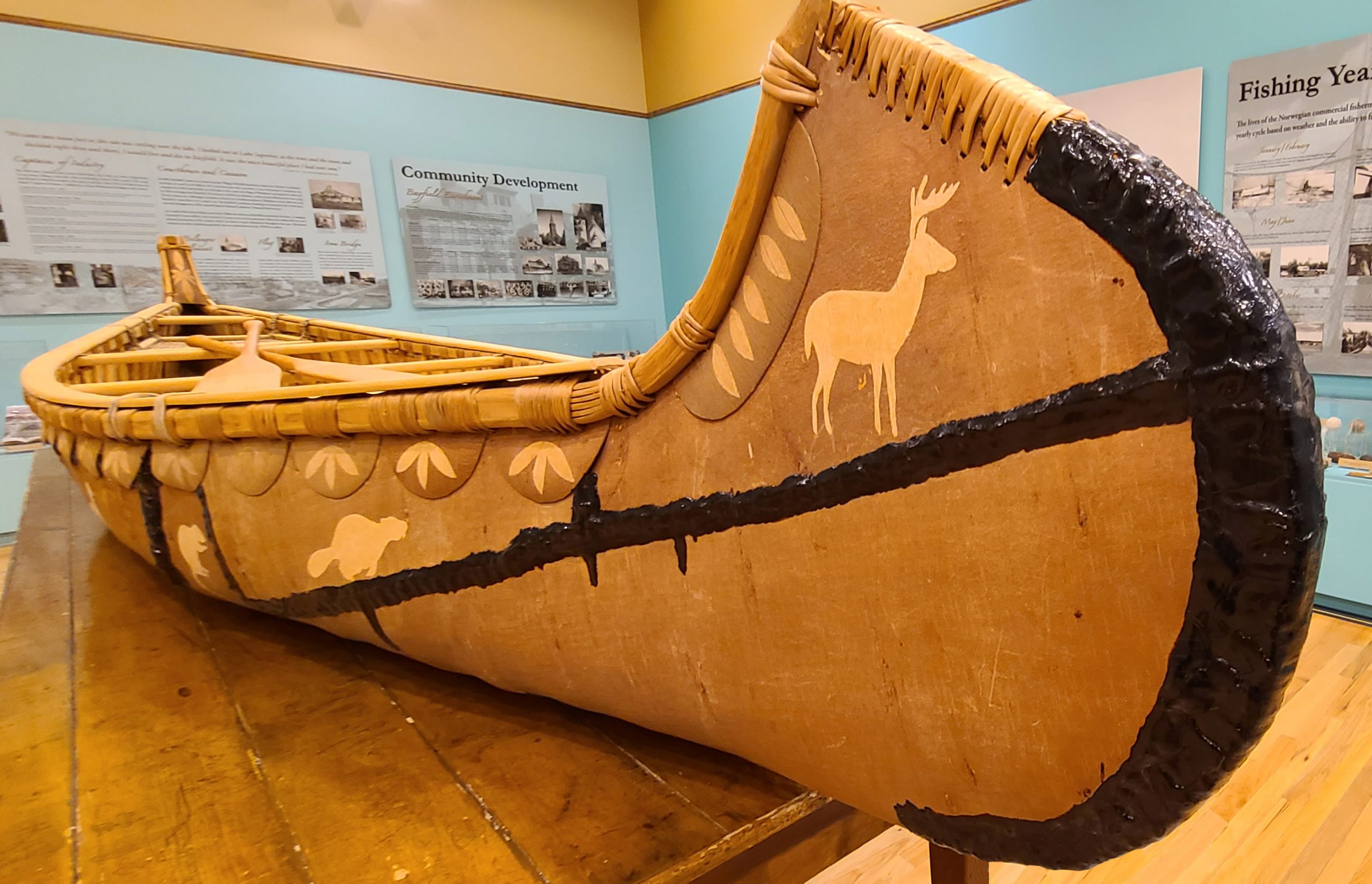 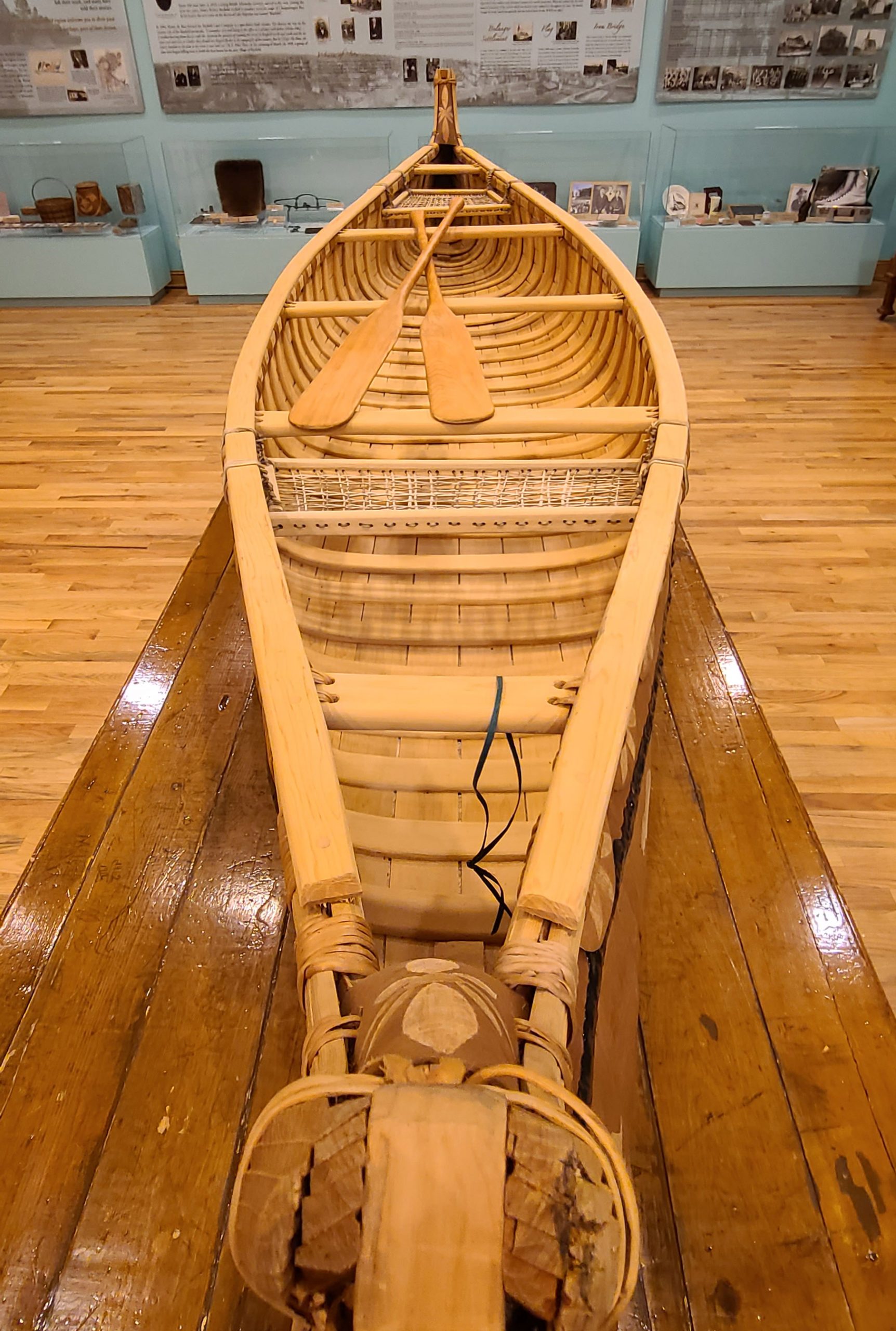 This history brief was written by Kristin Connell.