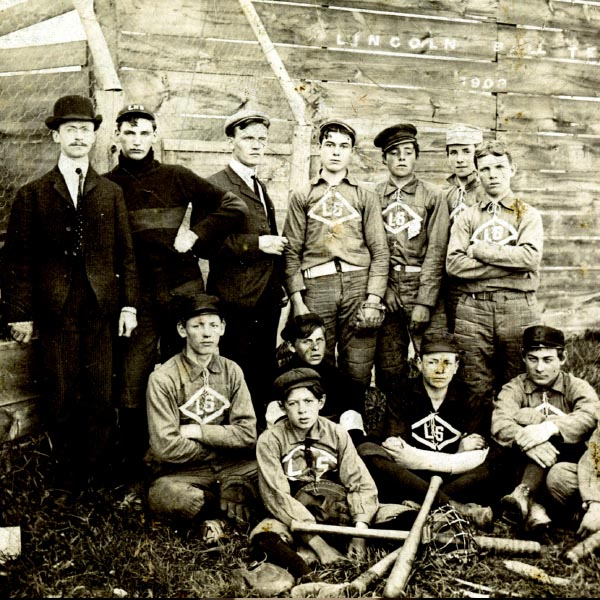 Bayfield Boys Easily Defeat Washburn’s: Boys Played Good Ball: – Score 10 to 6. For the first time the Bayfield high school has a baseball team of which it may feel proud. The boys made an effort several weeks ago to interested businessmen in the move of organizing a baseball team in the high school and were successful to the end that they raise sufficient money with which to buy uniforms and other necessary materials for a team. This has been tried several times before, but as a team always proved a farce for there was little or no interest taken in the game advertised for last Saturday with Washburn. It was supposed it would be the same old story with slaughter with the opposing team of vector, consequently there were not many who ventured forth to witness the exhibition. 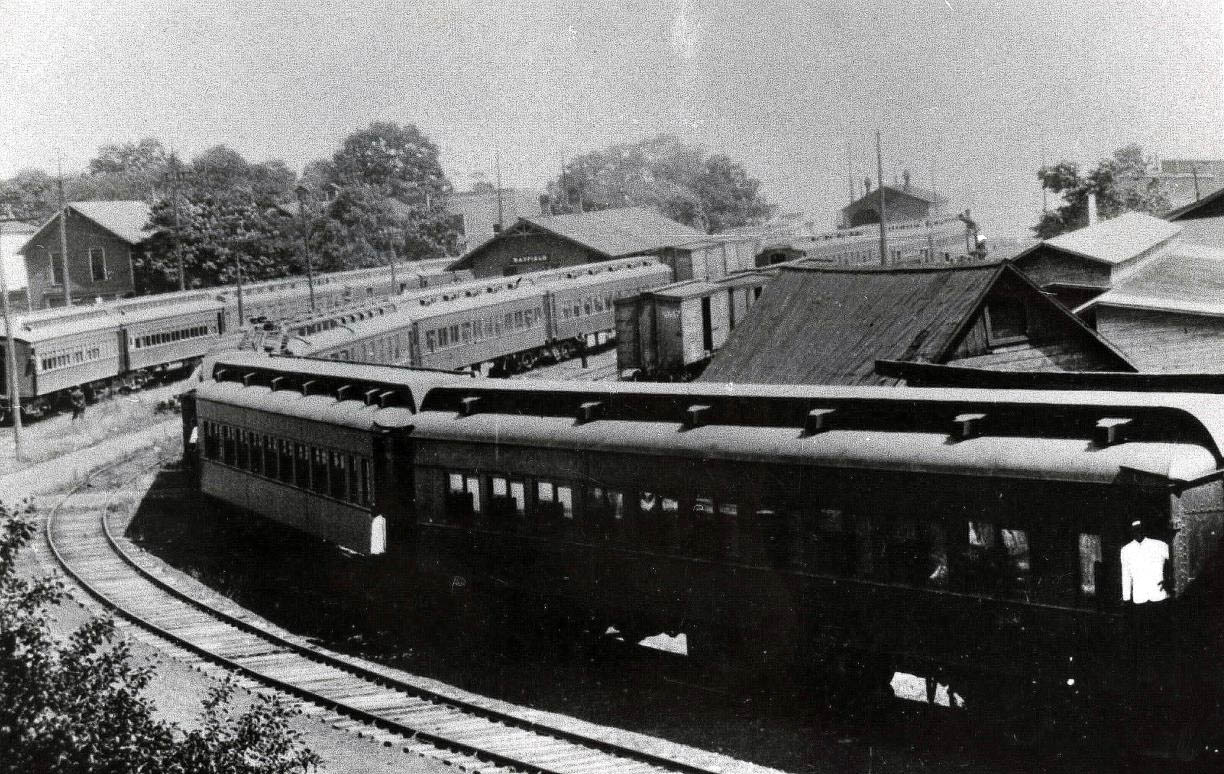 The Washburn boys came up on the morning train in from that time until the game was called at 3:15 they were ever telling how they were going to do large things to the “fish eaters.” It’s our boys were confident, nevertheless, and went into the game with the set determination undoing their prettiest. Bayfield’s team was made up as follows shortstop – Jay Cook; first base – Elmore Barningham; second base – James Thornton; third base – Clarence Smith; Douglas Knight – pitcher; Donald Bell – catcher; Glasphel LaBonte – centerfield; right field – Alan Boutin; leftfield – George Feldhausen. John Revoyr acted there as umpire, and Roy Hull, of Washburn, as official scorer.

Washburn batted first, that is, they tried to bat but failed to connect with “Doug’s” slants and retired with a goose egg. Bayfield then went, and, as the Washburn pitcher was afflicted with stage fright, slammed the horsehide right and left, finally ending the inning with five scores to their credit. In this inning Smith drove a nice one to the left field fence. If it looked bad for Washburn at this stage of the game, it looked much worse as the game progressed. Knight entered the box smiling and began shooting in his twisters and again the Sawdust City boys were let down easy.

The Washburn pitcher then spruced up a bit and Bayfield was handed a goose egg. For the next three innings neither team scored and there was some brilliant playing on both sides, although it was evident that the game was going to be a pitcher’s battle, for the lads in the box gritted their teeth and went at it with blood in their eye. The first half of the sixth resulted in more hen fruit for Washburn while the second half brought Bayfield another score. In the seventh a costly error gave Washburn their first score. Up to this time the locals had not made an error. In Bayfield’s half of the seventh there was another slaughter; Washburn’s battery went to pieces for a time and the boys in red crossed the home plate four times. Knight then took pity on the boys from Sawdust City and in the eighth and ninth innings handed them a few easy ones on which they made five scores.

Excitement ran high at this stage for it was feared that her pitchers was weakening, way short of strong in the finish and fanned the right man at the right time.

The exhibition was one of the best ever seen on the grounds. The game was free from wrangling and interesting from start to finish. The batting of both teams was weak. The locals made errors. Washburn made several and the more costly ones. The features of the game were long drives by Smith and Barningham, the difficult feeling of a foul ball by Smith, the doubles by Cook, Thornton and Barningham and the excellent work of the Bayfield battery, Knight and Bell.

It is safe to say that the next game the boys play here will be well patronized if they continue to put up is good again as the initial one. The boys have again scheduled with Washburn for May 16 at that place. They will endeavor to get again here in the meantime.